Brian Lips is a Senior Energy Policy Project Manager for the NC Clean Energy Technology Center. He manages the Database of State Incentives for Renewables & Efficiency (DSIRE). In addition to coordinating and overseeing the project’s administration and research, Brian also authors DSIRE’s content for CA, DC, GA, HI, NC, NV, OR, SC, and WA. Brian has assisted the N.C. Department of Revenue with the state’s tax credit for renewable energy property, has spoken in Special Committee sessions of the N.C. General Assembly regarding third-party sales of electricity, and spoken at innumerable conferences and webinars. Brian joined the Center in 2006 and served in various capacities with the DSIRE project before becoming the manager of the project in 2013. Brian received a degree in Integrated Science and Technology from James Madison University in Harrisonburg, VA, with a focus in Energy and Environmental Science. In addition to researching energy policy, Brian enjoys cooking, cycling, traveling, and collecting vinyl records that his two young daughters loudly protest when he tries to play. “We want to hear Chitty Chitty Bang Bang (for the millionth time)!” “Not right now, but how about The Kinks?” 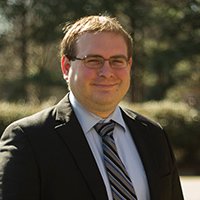 David Sarkisian is a Senior Policy Project Manager at the NC Clean Energy Technology Center. He joined the Center’s Energy Policy Team in November 2015. David contributes to the 50 States of Solar, 50 States of Grid Modernization, and 50 States of Electric Vehicles reports and the team’s other DSIRE Insight subscription services. He also authors the DSIRE entries for IA, IL, IN, KY, MI, MO, OH, and WI. David manages the Policy Team’s work on community solar; he served as the Principal Investigator for the Community Solar for the Southeast Project and led the Center’s work on the Solar-Plus for Electric Cooperatives project. He has also worked as a SolSmart advisor. David received his B.A. in public policy from Duke University and completed a J.D. and a Master of Science in Environmental Science degree at Indiana University in Bloomington. He is a member of the Indiana State Bar. David enjoys hiking, traveling, cooking, gardening, and volunteering at the local cat shelter. 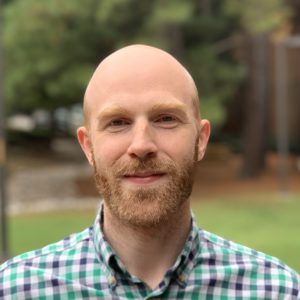 Rebekah de la Mora is a Policy Analyst at the NC Clean Energy Technology Center. She contributes to research for DSIRE and DSIRE Insight, authoring content on: CO, CT, KS, OK, NM, NY, RI, and TX. She received her Bachelor’s in Political Science and Master’s in International Energy, both concentrating in East Asia, from Sciences Po Paris. Specializing in Environment & Sustainability, Rebekah focused on national & global decarbonization, sustainable development, and renewable thermal, while also interning at the Connecticut Department of Energy and Environmental Protection. She enjoys baking, writing, and accumulating languages.